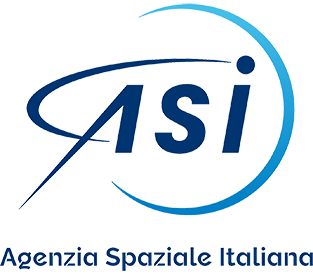 The Italian Space Agency, which was born in 1988, is a national public body steered and supported by the “Interministerial Committee for for Space and Aerospace Policies” (COMINT). The agency, although being still supervised by the Ministry of University and Research carries out its institutional activities according to the Government directions and, basing on these guidelines, elaborates the National Space Policy Strategic Document (DSPSN) and the Space Strategic Vision Document (DVSS). The COMINT has been has been established in accordance with the Law 11th January 2018 n. 7 that, modifying the Legislative Decree 4th June 2003 (“ASI’s reorganisation”), upgrade ASI’s structure and tasks.

The Agency established itself as one of the most important global stakeholders on the scene of space science, satellite technologies and development of means to reach and explore the cosmos. Today the Italian Space Agency plays a leading role both at a European level, where Italy is the third major contributor to the European Space Agency, and at a global level. In fact, it has a close and constant working relationship with the NASA, which has led the Italian Space Agency to take part in some of the most interesting scientific missions in recent years. One of the most fascinating projects was the building and entering into service of the International Space Station, where Italian astronauts are by now at home.

Thanks to ASI’s efforts, the Italian scientific community has obtained unprecedented successes in the field of astrophysics and cosmology in the last decades and has contributed, among other things, to reconstruct the first moments of life in the Universe, taking essential steps towards understanding the phenomenon of gamma-ray bursts and the mysterious sources of gamma-rays.

Furthermore, the ASI contributed significantly to space exploration by building scientific tools which are aboard NASA and ESA probes to discover the secrets of Mars, Jupiter and Saturn. And there will be a piece of Italy in all the major missions planned for the next few years – from Venus to the comets, up to the extreme limits of our solar system.

In addition to studying the Universe, from space you can observe Earth to prevent and predict – for example – environmental disasters, ensure fast interventions in crisis areas, measure the effects of climate change. Italy is at the forefront also in these areas, with systems such as COSMO-SkyMed, the flagship of ASI programmes aimed at improving the knowledge of our planet.

Through the work of the ASI and the Italian industry, Italy continues a research tradition in spacecraft propulsion, in particular as leader of the European programme VEGA, the small rocket designed in Italy. Nowadays, space is no longer just an unusual sector of research, but it’s also an important economic opportunity. The market of telecommunication and satellite navigation – just to mention a scope of application – is continuously expanding and the ASI, with its experience in building and launching satellites into orbit, works so that Italy is ready to seize the opportunities.

From the essential questions on understanding the universe and the origin of life to experimenting new technologies, today, more than ever, space looks like the place to start in order for human beings to broaden their horizons, grow their awareness and guarantee a better future on Earth. Thanks to the ASI,Italy is in the front row in this exemplary human enterprise.